Can I have an ice cream? NO.

Can I go to my friend’s place and study later? NO.

Can I cut vegetables? NO.

Can I light the candles? NO.

Can I buy that remote control toy? NO.

But why do you say NO?

Sometimes you say NO in anticipation of what you might hear, without even hearing to what the chid has to say. Saying NO is like a reflexive action to you, easy and handy. Right? You often say NO when you are stressed or tired or in a bad mood not ready to handle the child’s request. Sometime you say no to protect the child from imminent danger to self or others or property, and sometimes when you don’t have the resources to fulfil the child’s demand. I say no when it comes to noncompliance of rules like no TV during food or no play while study etc.

As I have said earlier in my blog post NO that, “NO” is the shortest word in the vocabulary which is a sentence in itself wherein I emphasised on saying NO. But today I want you the tarry and rethink and instead of saying NO use alternatives.

So why would I advocate for adopting the “parenting without saying no” approach?

Very simply… because they listen better.

How does your mind comprehend a sentence? you hear the first part of a sentence, and hear the last part, but rarely hear the middle unless you have your complete attention on the person talking to you. hence it is important that while giving instructions we make the first and last part count.

NO, Don’t and Can’t are used to give a negative response. It is the most negative word used in positive parenting. It leaves a negative impact on the child’s mind where he/she starts to doubt his/her own capability. For instance, if you refrain a child from cutting vegetables or playing with matches, it becomes a challenge to them. Questions like why I cannot do this starts fuelling the brain and they become aggressive, express resentment resulting in anger.  Instead if you say “Yes, you can do it when you are aged appropriate for it “, and explain that it could harm them now, it is most likely that they will cooperate. No when used too much loses its meaning and the child takes it as an obvious answer from you, thus hampering communications.

Magda Gerber once said “A child who is never told “no” is a neglected child.” And I completely agree, but sometimes it’s also more about how we tell them no, rather than the word itself! It’s about our effectiveness is replacing the negative words to positive enforcement and change the thought process of the child.

Instead of directly saying no, offer the child with choices or explain why and give positive explanation and use feelings and emotions to convey the discomfort. I am not saying that say yes,when you want to say no, only alter your dialogue, approach,tone and emotion and justify your no without saying no.

Believe me this will not happen overnight; I am struggling too.  It requires mindfulness and undivided attention from your end, often tiring and de motivating but the end result is 100% worthy of your pains. And more importantly, you will need to follow what you preach. 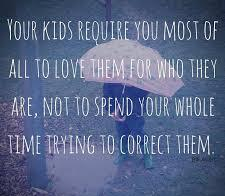 Are you with me on this? Do you accept this challenge? Please comment to inspire and motivate each other and say NO to no.